RSS
← Levi’s birth: A photographic journey
On to new(ish) adventures! →

Levi Gabriel Logsdon: the meaning behind the name 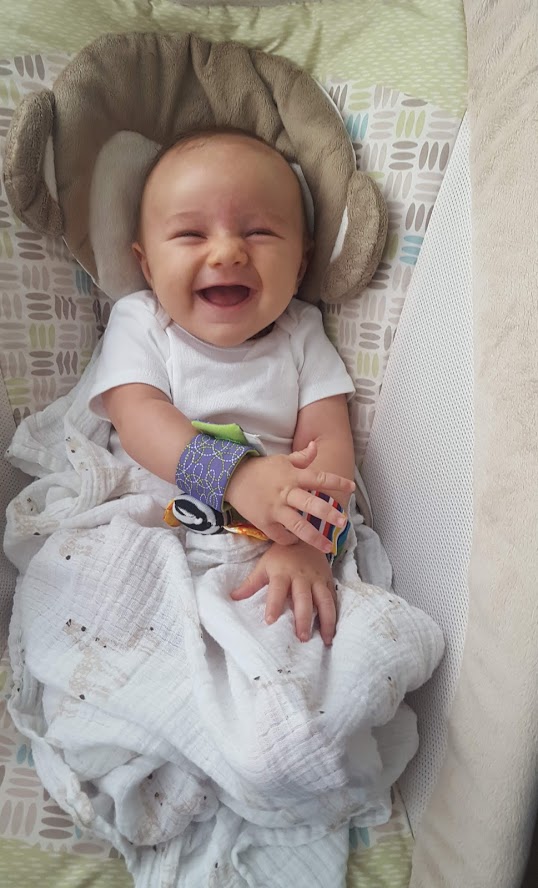 Oh, man, I definitely feel for all the second children (and third, fourth, fifth, etc…) out there.  With all the blogging I did when I was pregnant with Jedidiah, this poor baby hasn’t had a shred of blog-time.  Going from one to two has kept me extremely busy!

So, our second baby… I was sure it was a girl.  Of course, then our gender reveal showed that we were indeed having another boy and I was stumped!  It had been so easy to pick out Jedidiah’s name… in fact, I think we had his name picked out long before babies were ever even in the works.  But this time around… I’m not sure if it was because of the exhaustion or because of how busy Jedidiah kept us… but it was just harder.  It wasn’t even that there were names that we didn’t like.  There were lots of names that we liked, but we just couldn’t find the name that was the one.

I think we finally named Levi at 36 weeks, deciding on Levi Gabriel just a day or two before our two surprise baby showers (that just so happened to be on the same day).  So here’s the significance behind his name…

Levi is a Biblical name.  Levi was one of the 12 sons of Jacob (who God later renamed Israel) and the descendents of Levi, the Levites, were the tribe of Israel that served as priests.  It was this tribe that was set apart for holy service to the Lord.

I too, want my son to be set apart for service to the Lord and I pray that he would never forget his true identity in Christ:

“For you are a chosen people, a royal priesthood, a holy nation, God’s special possession, that you may declare the praises of him who called you out of darkness and into his wonderful light.” 1 Peter 2:9

The Levites took care of the temple, performed offerings and served zealously in the Lord’s house.  Although we are no longer required to offer animal sacrifices to atone for our sins, our lives have now become our sacrifice to our God.  I pray that my son would not be conformed to the ways of this world, but that he would continue to be set apart and molded and guided by the Holy Spirit and the Word of God at work in his life.

“Therefore, I urge you, brothers and sisters, in view of God’s mercy, to offer your bodies as a living sacrifice, holy and pleasing to God- this is your spiritual act of worship.  Do not conform to the pattern of this world, but be transformed by the renewing of your mind.  then you will be able to test and approve what God’s will is- his good, pleasing and perfect will.” Romans 12:1-2

Lastly, the Levites did not have any inheritance other than what was provided by the tithes brought in by the other 11 tribes of Israel.  God was their provider and he was their inheritance; He was their portion and their strength.  I pray that my son would not rely on anyone or anything other than his creator to fulfill, sustain and provide for him in his life.

“The Lord said to Aaron, “You will have no inheritance in their land, nor will you have any share among them; I am your share and your inheritance among the Israelites” Numbers 18:20

Gabriel, his middle name, is also Biblical.  Gabriel was a prominent messenger in the Bible and has been considered one of the seven archangels based on extrabiblical texts.  The name Gabriel means “man of God,” and as an angel he was a “messenger of God.”  He was the one who bore the good news to Mary about the coming of Jesus and to Zacharias about who John the Baptist would be.  He was a bearer of good news!

So Levi Gabriel– one who is set apart as a man/messenger of God. May he always and unashamedly declare the good news of God’s grace, love and mercy!

Posted by logsdonsbigadventures on August 13, 2018 in Uncategorized

← Levi’s birth: A photographic journey
On to new(ish) adventures! →